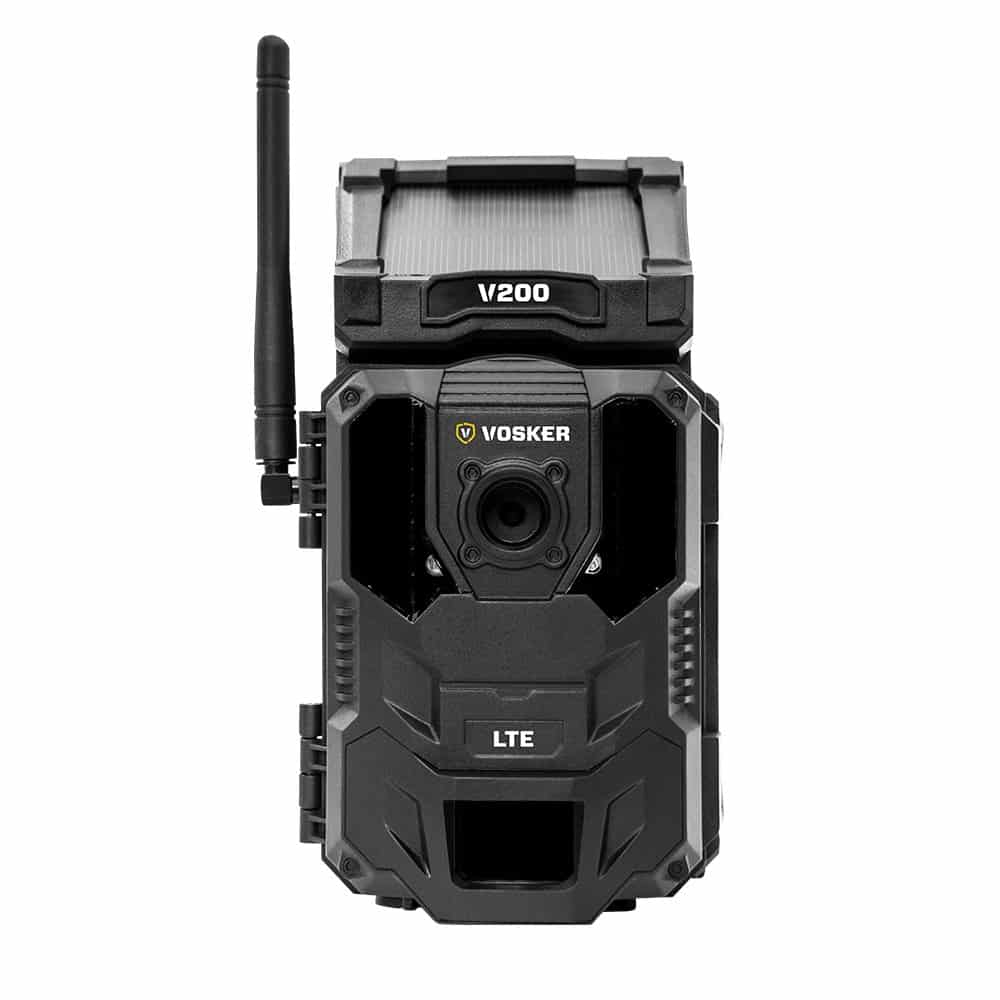 The VOSKER V200 security camera doesn’t need Wi-Fi or electricity. It uses the cellular network and recharges its battery using a small solar panel. The V200 camera was designed by a small company in Victoriaville. However, this quest for autonomy imposes big limits on the device.

The first step is to scan your code located in the battery compartment and save it in the VOSKER mobile app. Our camera was instantly recognized. A YouTube video explains the installation process, reminding us that we must first charge the camera for 48 hours and insert 8 AA batteries, then the SD card provided.

Once screwed or attached to a pole, ideally high up to discourage thieves, our VOSKER V200 takes pictures, from one to three, depending on the configuration, as soon as it detects movement. It can also take pictures at night, which, however, are in black and white and faded.

It then sends them to the mobile app where they trigger a notification. You can then view the photos, delete them, or request high-definition versions.

The camera can also produce videos, which are not sent over the network, but simply stored on the SD card.

The basic plan offers free cellular connection, unlimited in time and that does not need to be configured, but only allows 100 photo transfers per month, kept for 48 hours on the server. Beyond this, the photos are saved on the SD card. Then, three paying plans are offered, from $10 to $20 per month, the latest allowing the client to keep an unlimited number of photos on the server at all times, order 40 HD photos per month, and take advantage of an artificial intelligence tool that reduces the number of false alerts.

This last plan, Elite, is free with the purchase of a one-month trial. This is the one we tested.

The V200 sends its pictures to the mobile app where they trigger a notification. They can then be viewed, deleted, or requested in high-definition versions.

In one week of use, with the camera placed in front of the front door, our VOSKER V200 took about 200 pictures, which triggered a notification to be sent to our phone each time. It detected the movements well. The quality of the three videos stored on the SD card was satisfactory, even if the position of our camera did not really allow us to recognize our visitors. The AA battery level dropped by 16% with temperatures reaching -11 °C, while the 4,000 mAh rechargeable internal battery remained at 100%. VOSKER does not make any promises about battery life, which depends on the amount of sunlight received, the quality of the AA batteries installed, and the number of photos and videos taken. Under the conditions of our test, we can honestly expect several months of operation before having to recharge the internal battery or install new AA batteries, unless, of course, we leave it connected to a USB charger at all times.

We found the installation instructions rather incomplete. On the app, there is a YouTube video for the software configuration, but nothing for the physical installation of the device, for which another video was found elsewhere.

The mounting system of the device is not very well designed, and you have to juggle with parts to tighten or loosen its main support.

The VOSKER V200 indicates the temperature on its pictures and in the app, but it is wrong, systematically 8 degrees lower than the reality.

This camera only uses cellular networks. It would have been useful in some circumstances, especially for the installation and to see what it was capturing live, if it could connect to Wi-Fi.

This camera is not very discreet, and it is difficult to place where it would allow a better view of the visitors: near the door, for example. If visible, it becomes tempting for thieves—we are talking about a $400 gadget. There is a cheaper model at $250, but it does not have a solar panel and it was out of stock in early December.

Should you buy it?

It can be useful to install such a camera in a remote location, to monitor a cottage or a boat for example, and receive an alert when suspicious movement is detected. Of course, a cellular network must be available for it to function. This is a good device, rather well designed despite some flaws, which can probably give some peace of mind.

However, it is not a webcam, and it won’t be able to send you videos allowing you to see what is going on in the monitored area. In the city, in any case, we have found it more useful to have a camera for an entry door, like the Ring, which can broadcast live, than a VOSKER V200.

PrevPrevious PostsVOSKER V200: Protecting Your Home On Wheels
Next Posts5 reasons why the Vosker V150 outdoor camera is perfect for your cottageNext 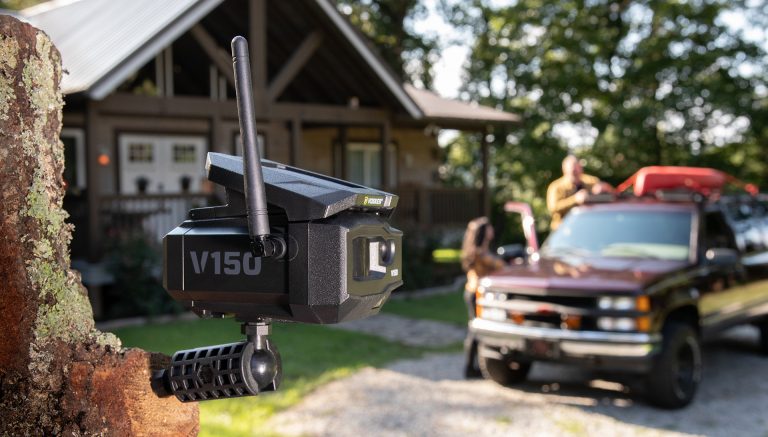