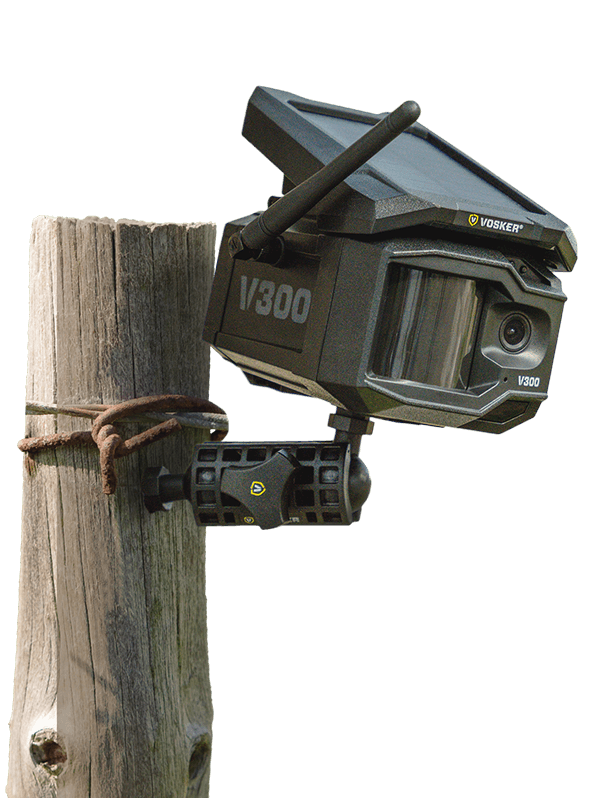 The winners will be announced shortly.

9381-9506 Québec inc. doing business as Vosker® (hereafter the “Sponsor”) having its head office at 120, J.-Aurèle-Roux Street, Victoriaville (Quebec), G6T 0N5, Canada is sponsoring a contest (hereafter the “Contest”) which shall begin on Wednesday, October 12th 2022 at 12:01 AM Eastern Time and end on Monday, October, 17th, 2022 11:59 AM Eastern Time, (hereafter the “Contest Period”).  Entries received after the closing date of the Contest Period or entered in any manner which is not prescribed in these Rules (the “Rules”) will be deemed void and will not be accepted and entered in the draw.

The Contest is open to legal residents of the fifty (50) United States and the District of Columbia, as well as all the provinces and territories of Canada. The winner must be a natural person and at least eighteen (18) years of age or the legal age of majority in the jurisdiction in which he resides, as of the date of entry.

The employees, administrators, directors, officers, agents and representatives of the Sponsor and its parent company, subsidiaries, affiliates, partners, suppliers and any other entity or person involved with the Sponsor’s activities (collectively, the “Affiliated Parties”), as well as their immediate family members (i.e., spouses, parents, children, siblings, regardless of where they reside) and persons residing in the same household of any Affiliated Parties, whether or not related, are not eligible to enter or win.

The Contest is void where prohibited by law and is subject to all applicable Canadian and American federal, provincial, state, territorial, municipal and local laws and regulations (hereafter the “Applicable Laws”). Entry may be void in all countries figuring on the United States list of embargoed countries.

4. Modification, suspension and termination of the Contest

The Sponsors reserve the right, in its sole discretion, to amend or modify the Contest Rules or modify, cancel or suspend this Contest, without prior notice and for any reason whatsoever, including without limitation to comply with Applicable Laws or with the policies of an entity having jurisdiction over the Sponsors and in the event that any cause beyond the reasonable control of the Sponsors corrupts, or threatens to corrupt, the security, integrity or proper administration of the Contest. If the Contest is terminated, the Sponsor will conduct a random drawing to award prizes using all properly submitted eligible entries received as of the date of the termination.

5. How to enter the Contest

Entries shall be entered by visiting the www.vosker.com/giveaway/october-2022 website (hereafter the “Contest Site”) and filling out the required fields in the online form.

To complete and validate an entry, a participant must:

All the fields on the form must be completed, unless the information is indicated as being optional. Any entry received or submitted outside the Contest Period or any entry that contains false or incomplete information are void. The Sponsor reserves the right to request proof of identity or of eligibility to the Contest at any time and at its sole discretion. The use of robotic, automatic, programmed or otherwise illicit means to enter the Contest is strictly prohibited. The Sponsor reserves the rights, at its sole discretion, to exclude from the Contest and any other contest or future promotion offered by the Sponsor any individual who contravenes or attempts to contravene these Rules and any person having or being suspected of having tampered with the treatment of the entries, the Contest process or the Contest Site. A participant or any other person who attempts to deliberately damage the Contest Site or hinder the legitimacy of the Contest process commits criminal and civil offences and the Sponsor reserves the right, in such case, to claim damages to the extent permitted by law.

The number of entries shall be limited to one entry per email address. The Sponsor reserves the right to remove all duplicate entries prior to the draw.

ENTRANT’S NONCOMPLIANCE WITH THESE OFFICIAL RULES MAY RESULT IN DISQUALIFICATION AND SELECTION OF AN ALTERNATIVE POTENTIAL WINNER.

NO PURCHASE OF ANY KIND IS NECESSARY TO ENTER OR WIN. A PURCHASE WILL NOT INCREASE YOUR CHANCES OF WINNING.

Canadian residents will be required, as a condition to winning a Prize, to correctly answer, without assistance of any kind, the Sponsor’s time-limited, mathematical skill-testing question to be administered over phone or email, at the Sponsor’s sole discretion.

The following prizes shall be awarded in order of one (1) randomly selected potential winner:

The Sponsor does not warrant, either implicitly or expressly, nor is responsible or liable for the condition of the Prize, including but not limited to, their quality, merchantability, appearance, performance, mechanical condition, safety or fitness.

Sponsor’s liability for defective merchandise shall be limited to repairing defective or where deemed appropriate, to exchanging such defective goods within the regular warranty period in accordance with such warranties.

Prize must be accepted as awarded and cannot be sold, exchanged, transferred or substituted for cash. Prize or any portion thereof cannot be combined with other discounts, promotions or special offers.

Prize will be sent by courier to the winner within thirty (30) days following the acceptation of the Prize.

The potential winners will be selected on Monday, October 17th, 2022, at approximately 12:00 PM (Eastern Time), via an automated random draw among all eligible entries received in accordance with these Rules. The draw will be conducted by the Sponsor or an employee, agent or other representative of the Sponsor, at the head office of the Sponsor at 120, J.-Aurèle-Roux Street, Victoriaville (Quebec) G6T 0N5, Canada.

A potential winner will be deemed a winner if he meets all the eligibility criteria set out in these Rules and complies with all other requirements set forth in these Rules.

By accepting the Prize, each winner consents to the use, including but not limited to the production, reproduction, publication, broadcasting and adaptation by the Sponsor of his/her name, address (city, province), voice, photograph, social media handles, image, declarations and comments for the administration of this Contest and for advertising and promotional purposes, without further notice or compensation.

By entering this Contest, you acknowledge and agree to give permission to the Sponsors and its authorized agents to collect, use and disclose your personal information in accordance with The Sponsor’s Privacy Policy, available at https://www.vosker.com/terms-of-service/ and https://go-van.com/terms-and-conditions/, for the purpose of administrating this Contest. If you are selected as a winner, your information may also be included in a publicly available winner’s list.

All intellectual property, including but not limited to trademarks, logos,

All intellectual property, including but not limited to trademarks, logos, designs, promotional materials, web pages, source codes, images, drawings, illustrations, slogans and representations related to this Contest are owned by the Sponsor.  All rights are reserved. Unauthorized copying or use of any copyrighted material or other intellectual property without the express written consent of the Sponsor is strictly prohibited.

BY PARTICIPATING IN THIS PROMOTION, YOU IRREVOCABLY WAIVE ANY AND ALL RIGHT TO TRIAL BY JURY IN ANY LEGAL PROCEEDING ARISING OUT OF OR RELATING TO THE CONTEST OR THESE OFFICIAL RULES.

13.2. For Québec residents only

Any litigation respecting the conduct or organization of a publicity contest may be submitted to the Régie des alcools, des courses et des jeux du Québec (hereafter “RACJ”) for a ruling. Any litigation respecting the awarding of a prize may be submitted to the RACJd only for the purpose of helping the parties reach a settlement.

The Sponsor and its representatives and employees shall not be responsible : a) for print or typographical errors in any Contest-related material; b) for any human error, technical malfunctions, lost, delayed or misdirected entries for any reason, mail failures, late, lost, misdirected or unsuccessful efforts to notify a potential winner or any combination thereof;  (c) for entries that are stolen, destroyed, tempered with, accessed without authorization or altered; (d) for damage caused to the Participant’s or another person’s computer system or equipment as a result of participating in, uploading or downloading material in relation to the Contest; (e) for any injury or damage to persons or property which may be caused, directly or indirectly, in whole or in part, from entrant’s participation in the Contest or receipt or use or misuse of any Prize; (f) for the security or privacy of information transmitted via computer networks or for breaches of privacy due to interference by third party computer hackers or otherwise and g) for the failure of any third party contractor or supplier used in connection with any aspect of the Contest to perform or deliver any goods or services, any act of God or any other event beyond the Sponsor’s control and any dissatisfaction of any kind by a winner with any aspect of the Contest or any Prize.

By entering or attempting to enter this Contest, each participant or potential participant agrees : (a) to be bound by these Official Rules, available on the Contest Site throughout the Contest Period, and by all Applicable Laws and decisions of Sponsor, which shall be binding and final; (b) to waive any and all rights to claim ambiguity with respect to these Official Rules; (c) to waive any and all rights to bring any claim, action, or proceeding against the Sponsor and any of the Affiliated Parties in connection with the Contest; (d) to forever and irrevocably exonerate, release, discharge, defend, indemnify, and hold harmless the Sponsor and the Affiliated Parties from any and all claims, lawsuits, actions, damages, demands, courses of action, causes of actions or liability of any kind whatsoever resulting from or related to the participation or attempted participation in the Contest and e) to completely indemnify the Sponsor for any third party claims related to this Contest or to any violation of these Rules by the participant or any activity related to a Prize, without limitation.

Note: The use of the masculine gender includes the feminine and has for sole purpose to lighten and facilitate reading.